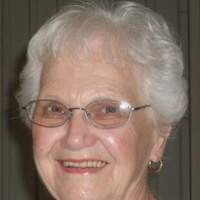 Zetta was born on November 17, 1926 in London, KY to the late James Wilkerson and Barbara Onkst Wilkerson.  She was a member of High Street Baptist Church. Zetta was a beautician for many years.

Along with her parents she was preceded in death by her husband, Merritt Inman Jones, whom she married on March 22, 1947 in London, KY and he preceded her on September 29, 2011; an infant son; three brothers, Clarence, Homer and R.C. Wilkerson; and four sisters, Bertha Ridings, Isabel Wilkerson, Irene O’Neal and Mary Fredericks.

Her funeral service will be held on Thursday, April 4, 2019 at 1:00pm at the Chapel of Lake Cumberland Funeral Home.  Burial will be at Lakeside Memorial Gardens.

Lake Cumberland Funeral Home is entrusted with the arrangements for Zetta Mae Jones.