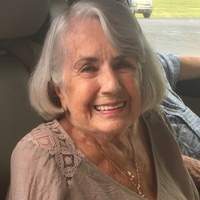 Wilma Lou was born on February 24, 1935 in the Ruth Community of Pulaski County to the late John Samuel Cox, Sr. and Edna Pearl Alexander Cox.  She was a Vice President of Production Credit Association for many years.  Wilma Lou was a member of East Somerset Baptist Church and her church family was very special to her.  She loved tending to her flowers and gardening and was an avid UK Wildcat Basketball fan.  Her most special things in life were her children, grandchildren and family.

She is survived by her husband, JD Stringer of Somerset; one son, Jon Mark Stringer (Tonya Yahnig) of Somerset; one daughter, Michelle (and Mike) Geralds of Somerset; three grandchildren, Taylor Ross Alexander, Carly Nicole Geralds and Andrew Ryan Stringer; a sister-in-law, Patricia Cox of Somerset; a nephew, John Samuel “Tripp” (and Deirdre) Cox III of Somerset; two great nieces, Story and Josie Cox; and many cousins and other family members, including all the Alexander families.

Along with her parents she was preceded in death by her brother, John Samuel “Sammy” Cox, Jr.

Her funeral service will be held on Wednesday, February 9, 2022 at 1:00pm at East Somerset Baptist Church with Bro. Darvie Fenison officiating.  Burial will be at Lakeside Memorial Gardens.