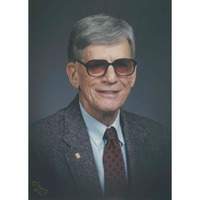 He was a graduate of Adair Co. High School and attended Lindsey Wilson College.

He volunteered for service during WW II and the Korean War, attaining the rank of Staff Sgt.  He served with the Army Air Corps (later renamed Air Force), assigned to the 72nd Strategic Reconnaissance Squadron.  He trained and flew on B-17s, B-29s, and B-36s, as a tail-gunner, guarding the Bering Strait in Alaska, and also serving in England, with a cumulative total of over 10 years service.

He was employed by General Motors Corp. for over 36 years in Chicago, Il. and later in Grand Rapids, Mi.

He was of the Christian faith and attended the First Baptist Church of Somerset, Ky.

Bill’s favorite hobby after retirement was riding his motorcycle and exploring country roads of Pulaski Co.  He was able to accomplish one of his dreams in returning to Alaska, on his motorcycle and visiting Fairbanks, one of the locations where he had been stationed while in the service.

He is survived by his wife of 64 years, Violet Calhoun Claycomb, whom he married on November 25, 1956 in West Somerset, Ky.

Many nieces and nephews.

Survived by one sister, Helen (Vernon) York, and one sister-in-law, Virgie Claycomb, both of Columbia, Ky.

In keeping with his wishes, a family graveside service will be held on Tuesday, December 29, 2020 at Lakeside Memorial Gardens cemetery with Bro. Murrell Crockett officiating.

Lake Cumberland Funeral Home is entrusted with the arrangements for William H. Claycomb.