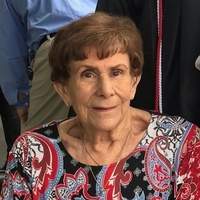 Vicki was born on June 25, 1945 in Stockton, CA to the late Harry and Peggy Green. She was a founding member of Wolfcreek Chapel and served there as Treasurer. She also loved quilting and spending time with her family.

Vicki was preceded in death by her parents, Harry and Peggy Green.

A private graveside service will be held on Friday, March 4, 2022 at 11:00am at the Lakeside Memorial Gardens with Bro. Joe Isaacs officiating. Entombment will follow.