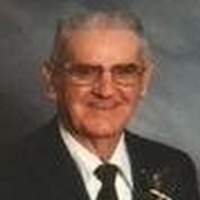 Vernon Wesley, son of the late William and Gertrude Butte Wesley, was born November 01, 1932 and he departed this life on December 20, 2017 having attained the age of 85 years.

Other than his parents, he was preceded in death by; one son, Gary Wesley, one brother, Harold Wesley; and one sister, Helen Wesley.

Vernon was a kind and loving husband, father, grandfather and great grandfather. He will be greatly missed by all who knew him and he leaves a host of relatives, friends and church family who mourn his passing.

A funeral service will be held at 11:00 a.m. Friday, December 29, 2017 at the Chapel of the Pulaski Funeral Home. Burial will follow in the Lakeside Memorial Gardens.

The family of Mr. Vernon Wesley will receive friends at the Pulaski Funeral Home from 5 to 8 p.m. Thursday, December 28, 2017

Military honors will be conducted by the American Legion Post # 38.