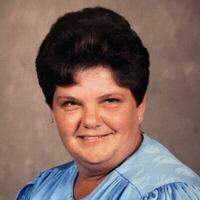 Verna was born on February 14, 1947 in Somerset, KY., to the late Vearl Dick and Wilma Hines Dick. She was a longtime employee of Somerset Community College before retiring in 2010. Verna was a member of Campground Baptist Church. She loved the Lord, her family and her grandchildren. She enjoyed family gatherings, spending time with her grandchildren, working outdoors, and working in her yard.

Along with her parents, Vearl and Wilma Dick, she was preceded in death by her husband, Robert H. “Buck” Ard; one brother, Lloyd Dick; three sisters, Lois Mounce, Edith Hall, and Ruth Jones and an infant sister, Connie Dick.

Her funeral service will follow on Wednesday at 1:00pm at the Chapel of Lake Cumberland Funeral Home with Bro. David Muse officiating. Burial will be at Lakeside Memorial Gardens.