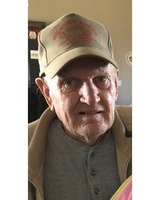 Paul was born on November 22, 1941 in Nancy, KY to the late Carson Fox and Lucy Worley Fox.  He was a retired Forklift operator for Kingsford Charcoal.  Paul was a member of Piney Grove Church #2 in Nancy.

Along with his parents he was preceded in death by his wife, Wilma Jean Fox, whom he married on March 28, 1964 in Pulaski County and she preceded him on September 24, 2014; six brothers, Lonzo Fox, Ernest Fox, Ralph Fox, Milford Fox, Wesley Fox and Richard Fox; and two sisters, Ada Cook and Elsie Pike.

His funeral service will be held on Friday, January 13, 2023 at 10:00am at the Chapel of Lake Cumberland Funeral Home with Bro. Joseph Warren and Richard West officiating.  Burial will be at Lakeside Memorial Gardens.  Pallbearers will be Dustin Wood, Seth Burton, Jarrod Flynn, Hobie Cooper, Randy Baker and Bryan Noyes.