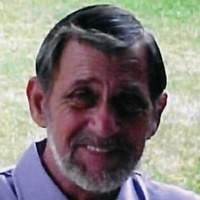 Mr. Tarry Gene Glover, son of the the late Raymond Starlin and Zada Bell Mounce Glover, was born June 2, 1950 and he departed this life on Saturday, July 8, 2017 having attained the age of 67 years.
He was united in marriage to Cathy Grider Glover who survives. Other survivors include; two sons, Johnny Glover, and Jeff Trent; one granddaughter, Chelsey Glover; one brother, Larry (and Irene) Glover; four sisters, Anna Bradley, Doris (and John) Disney, Henrietta Henderson, and Peggy Meece; and a host of nieces and nephews.
He was preceded in death by; one brother, Donald Glover; one sister, Betty Hamm.
Tarry enjoyed life and worked as a heavy machine mechanic for the Komatsu corporation. He also served in the Army National Guard.
Tarry was a kind person who will be greatly missed by all who knew him and he leaves a host of relatives and friends who mourn his passing.
A funeral service will be held at 1:00 p.m. Friday, July 14, 2017 at the Chapel of the Pulaski Funeral Home with Bro. Doug Eggers officiating.
Burial will follow in the Lakeside Memorial Gardens.
The family of Mr. Tarry Gene Glover will receive friends at the Pulaski Funeral Home from 11:00 a.m. Friday until time for services.
Pulaski Funeral Home is honored to be assisting the family of Mr. Tarry Gene Glover during this time.