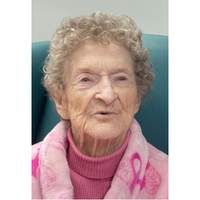 Shirley Jean Parrott- Sapp of Eubank, passed away suddenly on October 21, 2022, at Baptist Health Corbin Hospital at the age of 87. Born June 23, 1935, in Louisville, Kentucky. Shirley is the daughter of the late Harry Sanders Parrott born 1904, in Campbellsville, Kentucky, and Minnie Mae Combs-Parrott, born in Eddyville, Kentucky 1914.

Shirley married Ralph E. Sapp on October 1, 1952. Together, they had six children Dianne Sapp- Bennett (and Lee Bennett) of Indiana, Neta Sapp-Brock (and Dwayne) of Nancy, Brenda Sapp- Lowery (and Roger) of Somerset, Marsha Lynn Sapp-Mayfield (and Robert) of Eubank, Janet Sapp-Faw, of Waynesburg, and Michael Sapp (and Bonnie) of Somerset.

For many years, Shirley was a homemaker and worked as an Avon sales representative. She enjoyed collecting dolls and always enjoyed a good laugh. Though separated in 1940 at the age of 5 due to an illness of her parents, she and her two sisters were placed in an orphanage, in Louisville Kentucky. Shirley would frequently reminisce about her two sisters later in life who she would try very hard to keep in her memory; Mary Ann and Glenda Joyce, but unfortunately would not be able to reconnect with them in this life.

The family also wishes to recognize Shirley’s best friend in her later years, Daisy “Duke” Hicks of Jellico, TN who was her best friend that cut up with her to make those nursing home days better.

Visitation will be Monday October 24, 2022, at Lake Cumberland Funeral Home from Noon-1:30pm.  A graveside service will follow at 2pm with Father Carlos Martinez officiating. Burial will be at Lakeside Memorial Gardens, Somerset.