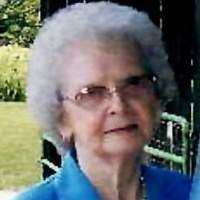 She was born in Nancy, Kentucky on November 24, 1927, daughter of the late James and Jessie Hines Calhoun. She was a homemaker and of the Baptist faith.

Visitation will be after 10 AM Friday at Morris & Hislope Funeral Home.

A funeral service will be held at 1 PM Friday, December 29, 2017 at Morris & Hislope Funeral Home with Bro. Ronnie Haste officiating.

A graveside service will be held at 10 AM Saturday at Lakeside Memorial Gardens.

A special thanks to Cumberland Nursing & Rehab for their care and concern for Ruby.

Condolences may be expressed to the family at: www.morrisandhislope.com