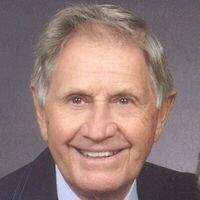 Robert Alonzo Warren, 99 years of age, of Somerset, Kentucky departed this life on Tuesday, April 6, 2021 at his home from a recent illness.

He was born on July 14, 1921 at Ruth, Kentucky to the late William Edward Warren and Pearlie Alexander Warren.

He is survived by two daughters; Bobbie Ann and (Paul) Cundiff and Karen Andrea and (Nick) Crowder; two granddaughters, Casey and (David Foster) Crowder and Leanne Crowder; one grandson, Kevin and (Carrie) Cundiff; and three great grandsons; Brayden,Carter and Riley.

Robert was a Christian and a long-time member of West Somerset Baptist Church. He was devoted to his family and served his country as a Marine stationed primarily on Midway Island during World War II. He was retired from the United States Postal Service, and for many years he enjoyed fishing for bass and walleye on Lake Cumberland.

The Family will receive friends after 11:00 Am Monday, April 12,2021 at the chapel of Pulaski Funeral Home.