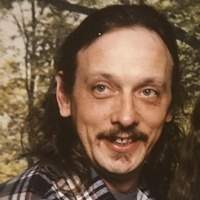 He was born in Middlesboro, Kentucky on September 3, 1956, son of the late Eugene and Ruby Turner Bryant.

He was preceded in death by his parents, one brother, Raymond Bryant and two sisters, Angela Sutton and Glenda Marsee.

A funeral service will be held at 11 AM Saturday, February 3, 2018 at Morris & Hislope Funeral Home with Bro. Clyde Miller officiating.

Visitation will be after 6 PM Friday at Morris & Hislope Funeral Home.