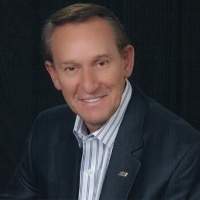 Charles "Richard" Warner, 74, of Somerset, Kentucky, passed away Monday, July 1, 2019 at his residence in Louisville, Kentucky.


Richard was born August 25, 1944 in Burnetta, Kentucky to the late Charles Marion and Eula Sullivan Warner.


Richard co-established Warner Fertilizer Company, Inc. in Somerset, Kentucky in 1965 and built it into a successful twelve-branch enterprise, of which he served as President and CEO until the time of his death. Among his other civic leadership, he served on the Kentucky Agriculture Development Board, the Kentucky Chamber of Commerce, and the Board of First & Farmer's National Bank of Somerset. He was an avid golfer and member of Hurstbourne Country Club, a University of Kentucky sports fan, and a long-time member of First Baptist Church in Somerset, Kentucky.


Preceding him in death were his parents and a brother, J.C. Warner.

His funeral service will follow on Friday at 2:00 p.m. with Bro. David Pendley officiating. Burial will be at Lakeside Memorial Gardens.


In lieu of flowers, the family requests that expressions of sympathy be made in the form of donations to either the Gideons International or Hosparus Health of Louisville.

Lake Cumberland Funeral Home is entrusted with the local arrangements for Charles Warner.