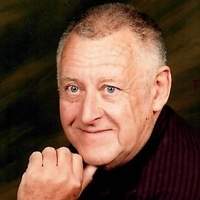 Mr. Morris Glendon Murphy, son of the late William Harrison and Eva Mae Stewart Murphy Ping, was born in Pulaski County, KY on June 6, 1944 and he departed this life on September 20, 2018 having attained the age of 74 years.

Other than his parents, he was also preceded in death by two brothers, Harlen Wayne Murphy and Houston Wade Murphy, his father-in-law and mother-in-law, James A. and Mary Bell Whitis.

Morris was a kind person who will be greatly missed by all who knew him.

A funeral service will be held at 1:00 p.m. Tuesday, September 25, 2018 at the Chapel of the Pulaski Funeral Home with Bro. Jimmy Flynn and Bro. Randy Wiles officiating. Burial will follow in the Lakeside Memorial Gardens.

The family of Mr. Morris Murphy will receive friends after 6:00 p.m. Monday September 24, 2018 at the Pulaski Funeral Home.

Pulaski Funeral Home is honored to be serving the family of Mr. Morris Murphy at this time.