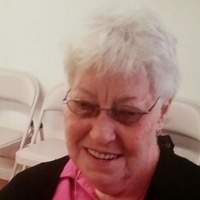 She was born in Somerset, Kentucky on January 13, 1942, daughter of the late Amos Ray and Anna Lucille Clark Wooldridge. She graduated in 1960 from Pulaski County High School then attended Business College. She loved cooking biscuits and gravy for her family and enjoyed spending time with her children and grandchildren. Mary was a true homemaker. She was a lifetime member of Eastern Star, having been a member for more than 50 years. She was a member of Fall Creek United Baptist Church in Monticello.

She was preceded in death by her husband, Harold L. Davis, Sr., whom she married on February 6, 1961 and who died on February 24, 2002, her parents and one sister, Helen Dean Wooldridge.

A funeral service will be held at 11 AM Friday, June 8, 2018 at Morris & Hislope Funeral Home with Bro. Dewey Burks officiating.

Visitation will be from 4 PM to 8 PM Thursday at Morris & Hislope Funeral Home with a service by Somerset Chapter #23 Order of the Eastern Star.