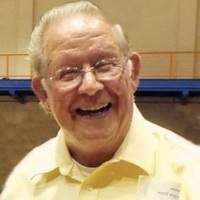 Marvin was born on September 20, 1939 in Lincoln County to the late Elmer Young and Lillie Hale Young.  He was a graduate of the University of Cincinnati and retired from Crane Plumbing.  He loved music, playing his guitar, feeding the deer and birds behind his house, gardening, his flowers and watching his grandchildren play sports.   Marvin was the former Pastor at Harvest Time Assembly of God in Somerset, KY and Whitley City Church of God of Prophecy in McCreary County.  He never met a stranger and always put others before himself.  He loved his Lord and his church family.

His funeral service will follow on Tuesday at 11:00am at the church with Pastor Steve Mullins and Bro. Jerry Burnett officiating.  Burial will be at Lakeside Memorial Gardens in Somerset.

The family requests expressions of sympathy be made to Hospice of Lake Cumberland or the Gideon Bible Memorial Fund.

Lake Cumberland Funeral Home is entrusted with the arrangements for Marvin Young.