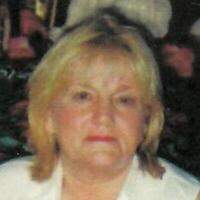 She was born in Hazard, Kentucky on June 6, 1942; daughter of the late Freeman and Ora Johnson.

She was preceded in death by her husband, Paul Hurd; her parents, Freeman and Ora Johnson; a brother, Michael Johnson; and two grandchildren, Jerry Wayne Couch, and Josh Hurd.

A funeral service will be held at 10 AM Friday, November  20, 2020 at the chapel of Pulaski Funeral Home with Bro. Keith McKim officiating.