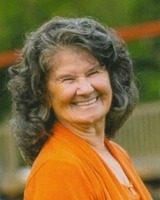 Lena was born on January 22, 1948 in Hazard, KY to the late Albert Brown and Ollie Combs Brown. She was a member of East Bernstadt Church of God.  Lena was married to James Edward Brewer of Hazard, KY on March 12, 1965 and he survives.  Lena lived for her family and her church and they were her greatest joy.

Along with her parents, Lena was preceded in death by a granddaughter, Joy Noel Brewer; two brothers, Sam Brown and Gene Brown and  sisters-in-law Lois Brown and Sherry Brown.

A private family service will be held on Thursday, December 1, 2022 at 11:00 am at the Chapel of Lake Cumberland Funeral Home.

Burial will be at Lakeside Memorial Gardens.