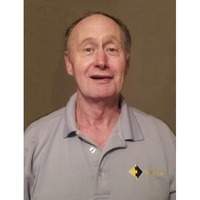 Travis was born on May 24, 1949 to the late Leland Merrick and Wanza Combest Merrick.  He was a member of Okolona Missionary Baptist Church and a United States Army Veteran.  He loved spending time with his family and friends, especially his grandchildren; he also had a 3rd Degree Black Belt in Martial Arts.  In his spare time he enjoyed hunting, fishing and mowing his yard.

Along with his parents he was preceded in death by one sister, Sarah Katherine Merrick-McGowan.

His funeral service will be held on Friday, February 12, 2021 at 12:00pm at the Chapel of Lake Cumberland Funeral Home with Bro. Johnny Mounce officiating.  Burial will be at Lakeside Memorial Gardens.