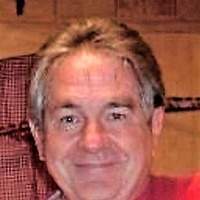 Mr. Larry D. Morgan the son of Wilma Garrison Morgan and the late Rufus Morgan was born at Somerset, KY on May 25, 1952 and he departed this life on October 7, 2017 having attained the age of 65 years.
Other than his mother, he is also survived by; his wife, Kathy Jones Morgan; one daughter, Tracy Lynn (and David) Mays of London, KY; one grandson, Elliott Parker Mays; three step-grandchildren, Landon, Braydon, and Elijah Mays all of London, KY; one brother, J. B. (and Lisa) Morgan of Mt. Victory, KY; three sisters, Francis Ward of Florida and Cassie Terry and Bonnie (and Tommy) Jones all of Mt. Victory, KY; one uncle, Charles Morgan; one aunt, Margie Padgett, and a host of nieces and nephews.
Other than his father, Larry was preceded in death by his Paternal Grandparents, Wes and Minnie Morgan and his maternal grandparents, Mayhue and Shelta Garrison.
Larry was a member of the Mt. Victory Christian Church, he was also an Air Force Veteran, and an HVAC specialist with Epperson Electric, he enjoyed hunting, playing softball and horses. He was a kind person who never met a stranger or forgot a name. He will be greatly missed by all of his family and friends and leaves a great host of people who will mourn his passing.
A funeral service for Larry will be held at 1:00 p.m. Wednesday, October 11, 2017 at the Chapel of the Pulaski Funeral Home. Burial will immediately follow in the Lakeside Memorial Gardens.
His family will receive friends at the Pulaski Funeral Home from 5 to 8 p.m. Tuesday, October 10, 2017.
Pulaski Funeral Home is honored to be assisting the family of Mr. Larry Morgan at this time.