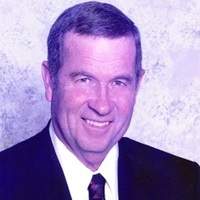 Larry Richard Hamilton, 75, of Somerset passed from this life on Friday, January 14, 2022 at his residence.

He was born on August 29, 1946 in Somerset, Kentucky, son of the late Jack Hamilton and Madeline Goforth Hamilton.  He was a graduate of Pulaski County High School and became a well know self-employed, business owner in the Pulaski County area. His scope of expertise ranged from excavation, logging, land development and farming.  Larry enjoyed hunting, fishing, and working to provide for his family.  His greatest joy was spending time with his family, especially his grandchildren.  He was noted for his “quick wittiness”, his jovial personality and keen business sense.  Larry was a kind-hearted, generous and compassionate person who was always willing to help others.  He was a loving, caring and devoted husband, father and grandfather but those characteristics was not only extended to his family but to all those whom he knew or had any dealing with.

He was married on August 19, 1967 to Shirley Eggers at Duke Memorial Baptist Church in Somerset.  They have enjoyed 54 years of marriage together.  Larry was of the Baptist Faith and a member of the Woodstock Baptist Church.  He will be sorely missed by all those who knew and loved him.

Besides his parents, he is preceded in death by a sister; Debbie Hines.

He leaves behind to cherish his memory, his loving and devoted wife; Shirley Eggers Hamilton of Somerset, and two sons; Steven (Kendra) Hamilton of Somerset  and Ricky (Sarah) Hamilton of Oxford, Mississippi, four grandchildren; Taylor Grace, Graham, Tyler and Ava Marie Hamilton, three sisters; Vicki (Dwight) Dillow, Jackie Smith and Becky Hamilton and a brother; Tim Hamilton. as well as a host of many sisters and brothers-in law, nieces, nephews, and many other beloved relatives and friends.

Visitation will be from 5:00 pm to 8:00pm on Wednesday, January 19, 2022  and again from 12 noon to 1:00 pm on Thursday, January 20th in the Chapel of Somerset Undertaking Company & Crematory. The Funeral Service will be at 1:00 pm in the Funeral Home Chapel with Pastor Daryl Jessie officiating.  Interment will be in the Lakeside Memorial Gardens.