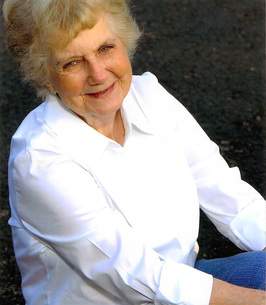 Funeral services were held Monday, October 28, 2019 at 11:00 am at the Hickman-Strunk Funeral Home with Bro. Hilton Duncan officiating. Entombment was in the Lakeside Memorial Gardens in Somerset, Kentucky.

She was born December 19, 1932 in Hill Top, Kentucky to James Crit Bryant and Ada Inman Bryant. June was a member of the Stearns First Baptist Church and the Laurel Heights Chapter of the Order of the Eastern Star. Buck and June owned and operated the Spot Motel and Restaurant for twelve years which also served as the Greyhound Bus Stop. June was a past member of the BPW, a member of the Order of the Honorable Kentucky Colonels, and was instrumental in starting the women's Democratic Club. She was a devoted educator in the McCreary County School System for nearly thirty years. She taught Special Education and sixth grade at Whitley City Elementary. June was the first guidance counselor at Pine Knot Elementary and served as the first woman principal in McCreary County.

Preceding her in death were her parents, her husband, L. B. "Buck" Lominac, who she married January 2, 1948 in Jamestown, Kentucky, brothers, Steve Bryant, Arthur Bryant, and Pascal Bryant and a sister, Esther New.

Hickman-Strunk Funeral Home was honored to serve the family of June Lominac.