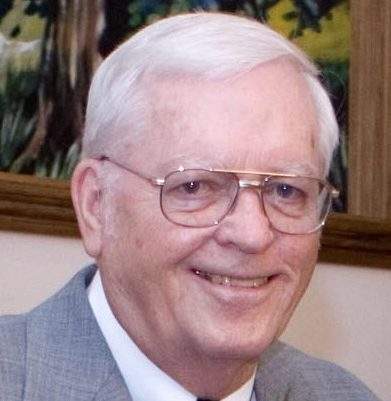 Johnie was born on October 9, 1935 in Sloans Valley, KY to the late Leonard Alfred Helton and Bessie Childers Helton. He married Shirley Jean McKee Helton on December 18, 1954 in Sloans Valley and she preceded him in death after 54 years of marriage. He loved his God, family and golf. Johnie was a Baptist Minister at several churches, including; McKinney, Buck Creek, Pleasant Run, Bronston and Mt. Victory Baptist Church.

He is survived by his wife, Marilyn Molen Helton, whom he married on September 20, 2009 at South Maple Street Baptist Church in Somerset; two daughters, Sandra (and Kenneth) Lakes of Somerset and Drenda (and Bob) Pinkleton of Rogers, Ark.; three grandchildren, Danny (and Jessica) Burdine of Cincinnati, OH, Megan (and Cody) Sears of Somerset and Molly (and Brandon) Tate of London; six great-grandchildren; one sister, Loretta (and Thomas) Foster of Greenwood, Ind.; one brother, Frank Helton of Burnside; three sisters-in-law, Brenda (and Jim) Wilson of Somerset, Leona Helton of Burnside and Judy McKee Jacobs of Lexington; and many nieces and nephews.

Along with his parents he was preceded in death by his first wife, Shirley Jean McKee Helton, and she preceded him on May 10, 2008; one grandson, Ryan Scott Burdine; one sister, Thelma Shelly; and one brother, Gerald Helton.

His funeral service will be held on Wednesday, May 30, 2018 at 10:00am at the Chapel of Lake Cumberland Funeral Home with Rev. Danny Burdine and Bro. James Bartleson officiating. Burial will be at Lakeside Memorial Gardens. Pallbearers will be Paul Morrow, Adam Morrow, Jacob Early, Daniel Walden, Barry Beatty and Peyton Rice.

In lieu of flowers, the family requests expressions of sympathy be made to the Gideon Bible Memorial Fund, P.O. Box 27, Somerset, KY 42502 or Bronston First Baptist Church for their Ministerial Scholarship Fund, 401 Hwy 90, Bronston, KY 42518.

Lake Cumberland Funeral Home is entrusted with the arrangements for Johnie Helton.