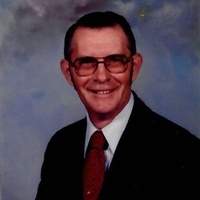 He was born on January 20, 1929 in Belleville, IN; son of the late Charles and Cordelia Bloomer. He was a power plant operator for the Chrysler Corporation for 30 years, until his retirement in 1984. He was a member of Bethel Baptist Church. He was a Veteran of the United States Army, where he served during the Korean Conflict, and a lifetime member for the VFW.

A funeral service will be held at 11 AM Friday, October 6, 2017 at the chapel of Morris & Hislope Funeral Home with Bro. Murrel Crockett officiating.

A flag presentation will be conducted by a veteran of the American Legion Post #38 Honor Guard.

Visitation for Mr. John Bloomer will be after 6 PM Thursday, October 5, 2017 at Morris & Hislope Funeral Home.