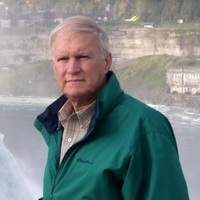 Eddie was born on February 15, 1949 in Hyden, KY, to Edward Howard and the late Zelphia Harris Howard.

Eddie was an avid hunter. He enjoyed his yearly elk hunting trips to Colorado and always looked forward to deer hunting with his son, Bret. Along with his loving wife Gini, he loved spending time with his grandchildren, Brenly and Maverick. Eddie will be dearly missed by all who knew and loved him.

He is survived by his wife, Gini Watkins Howard of Nancy, KY, whom he married on September 21, 1970 in Richmond, KY; his father, Edward Howard of Hyden, KY; one son, Bret (and Sarah) Howard of Somerset, KY; and two grandchildren, Brenly and Maverick Howard of Somerset, KY. He is also survived by one sister, Carolyn Roland of Williamsburg, KY; one brother, Lonnie Dean (and Patty) Howard of Hot Springs, VA; one brother-in-law, Tom Watkins of Lexington, KY and his dearly loved nieces and nephews and great nieces and nephews.

Along with his mother, he was preceded in death by one brother, Jeff Howard, and one brother-in-law, Jim Roland.

His funeral service will follow on Thursday at 1:00pm at the Chapel of Lake Cumberland Funeral Home with Reverends Seth & LaDonne Tidball officiating. Burial will be at Lakeside Memorial Gardens.