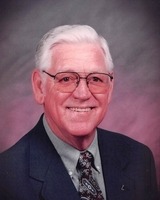 He was the son of Ida Woodall Meece and Albert Meece who preceded him in death; other than his parents he was preceded in death by two brothers, Norman Meece and Lowell Meece; and a sister, Sharon Helton; a grandchild, Matthew Hale; and a great-grandchild, Kaston Beck.