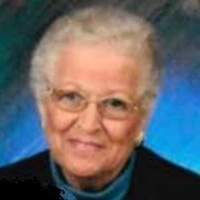 While looking for a city, whose builder and maker is God, a dear precious soul has finally found rest from the toils of this life. On Tuesday, December 10, 2019 at the Jean Waddle Care Center in Somerset , an angel was allowed to carry this weary traveler from her earthly walk of life to her eternal reward. Ina M. Pendleton Carr, widow of the late Charles Carr and mother of Douglas, Ronald and Brenda has begun her eternal life.

She was born on August 13, 1937 in Lee County, Virginia, daughter of the late Charlie Pendleton and Cora Williams Pendleton. Ina was a loving, kind and generous woman of strong faith in her Lord and Savior, Jesus Christ. She was a faithful member of the Heritage Hope Church of God and enjoyed attending services at Trinity Fellowship Church of God. Ina, enjoyed listening and singing along as the songs of Zion was being sang. She was an inspiration and showed genuine love and compassion to others. In the eyes of her grandchildren, especially Brendan, whom she was the primary guardian for since he was 3 years old said, “she was the greatest Mamaw, anyone could ask for. She was also a kind and compassionate friend when others needed her”. She will be sadly missed by those who knew and loved her.

Ina worked as a waitress and cook for several years and enjoyed gardening, working in her yard, and quilting as well as spending time with her family and friends. But her greatest joy was being a born again Christian and sharing her love for the Lord.

Visitation will be from 11:00 a.m. on Monday, December 16, 2019 at the Heritage Hope Church of God. A Funeral Service celebrating her life will be at 1:00 p.m. at the Church with Pastor Johnny Dunbar and Bishop Eric Barnes officiating. Interment will be in the Lakeside Memorial Gardens.