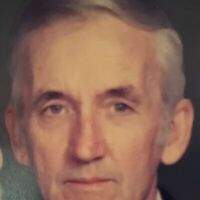 He was born on November 1, 1925, in Grundy, Kentucky, the son of Wesley Bruce Erp and Alma (Fulcher) Erp.

Howard Erp was a U.S. Army Veteran of World War II where he served in the 253rd Regiment of the 63rd Infantry Division with honors in the European Theater (German, Belgium, and France). He was awarded the Bronze Star for valor and the Purple Heart among other commendations. After the war he went to Chicago on the GI Bill to be trained in diesel mechanics. He loved working in logging and other wood related projects. He was a dedicated husband and father who fiercely loved his family, his church, and his country. He was saved at an early age and was a member of the Langdon Street Baptist Church for 54 years. He remained interested in his church long after he was able to attend. He lived a remarkable life that spanned from the depression era through the digital age. His hope has now become sight.

Visitation and funeral services will be held at Pulaski Funeral Home in Somerset, Kentucky on Thursday, September 8, 2022. Visitation will begin at 11:00 am with the funeral service at 1:00 p.m.

Military honors will be conducted by American Legion Post # 38.