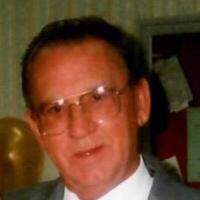 Mr. Herbert Honeycutt passed from this earth on Sunday Morning, April 26, 2020 at Lake Cumberland Regional Hospital with family by his side. Herbert was born in Harriman, TN on June 23, 1931 to Lemon and Addie May Edwards Honeycutt.

Herbert is preceded in death by the love of his life, Reba June Headrick Honeycutt. Reba and Herb were united in marriage for 61 years. They moved to Somerset in 1961, where they made their home and raised five children. Herbert worked as a dispatcher for Norfolk Southern railroad for 42 years. His three sons followed in Herb's footsteps and pursued a career with the railroad as well. Herb was a member of the Duke Memorial Baptist Church, where he served as a deacon. Herbert enjoyed fishing, gardening, and beating his kids at cornhole and card games. He spent many of his evenings on his patio chatting and enjoying time with his family and pet companion, Sissy.

Other than his parents and his wife, he was also preceded in death by; one son, Ricky Lynn Honeycutt;; two grandchildren, James Michael Honeycutt and Dana Schoolcraft Harmon; two brothers, Franklin Honeycutt and Lem "Jr." Honeycutt; and one sister, Bethel Goodson.

Herbert was a loving father, husband, grandfather and friend to everyone and will be deeply missed. His family would like to their thanks to the wonderful people at Hospice for their loving care and support during his final days.
A private service will be held at Pualski Funeral Home Friday, May 1, 2020.
Pulaski Funeral Home is honored to be serving the family of Mr.Herbert Honeycutt during this time