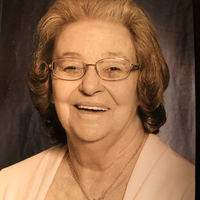 Ms. Heniretta Henderson, age 80, of Somerset entered the gates of Heaven, Friday, November 15th, at the home of her daughter. Heniretta was the daughter of the late Raymond and Zada Glover.

Heniretta is predeceased by her husband Herman Henderson; by her son Robert Ray Peace; by her brothers Tarry Glover and Donnie Glover and their spouses; by her sister Betty Hamm and her spouse; by her daughter in laws Donna Weaver and Beth Peace; and by her granddaughter Caroline Grace Peace.

Heniretta will be missed greatly by her loving family and all that knew her.

Funeral arrangements will be held on Monday, November 18, 2019, at Pulaski Funeral Home. Visitation for family will be at 10am. Public visitation from 11am to 1pm. Funeral service will be held at 1pm with burial at Lakeside Memorial Gardens.