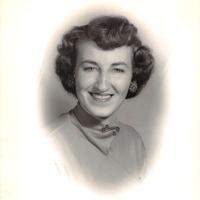 Jessie Helen Ping, age 83 departed this life May 09, 2017 after battling a lengthy illness. Born August 9, 1933 in Colo, KY, Helen was the youngest daughter of the Late Charles Wesley Roark and the Late Alice Phelps Roark Meece.

Helen, as she liked to be called, spent her early years attending Jones Elementary School. She often talked about being a member of the girls' trio singing group and softball team. Her freshman and sophomore years of high school were spent at Shopville High School, where she was a member of the girls' basketball team and enjoyed playing "folk games" at the school fairs. At the beginning of her junior year she was transferred to Pulaski County High School, where she was a proud member of the first graduating class (1941). As a teen, she was listed as a founding charter member of what is now Wesley's Chapel Church.

After graduating, Helen moved in with her sister, Ruby, and brother-in-law, Kelly Hail in Maryland. Later, she moved with them to Alabama. Helen worked several years at Fort McClellan Army Base as a Secretary, where she received several letters of commendation for her work. On February 14, 1960, she married her childhood friend, Ronal Ping in the home of her sister, Ruby. Together, she and Ronal had three children. She was a homemaker and regularly attended Community Harvest Church of God.

Other than her parents, she was also preceded in death byher step-father, Tony Meece, three sisters, Ruby (and Kelly) Hail, Alpha "Jean" (and Eugene) Metz, Margie (and Ulyssis) Haynes; one brother, Benny Gerald Meece, and two sons, Ronald Timothy and Ronnie David Ping.
She is survived by her husband of 57 years, Ronal Ping; one daughter, Pamela Ping Scott; two granddaughters, Sharayah Scott and Ashley Ping; a sister-in-law, Debbie Meece and a host of nieces, nephews and other relatives who mourn her passing.

A funeral service will be held at 1:00 p.m. Friday, May 12, 2017 at the Chapel of the Pulaski Funeral Home with Bro. Larry Perkins officiating. Burial will follow in the Lakeside Memorial Gardens.