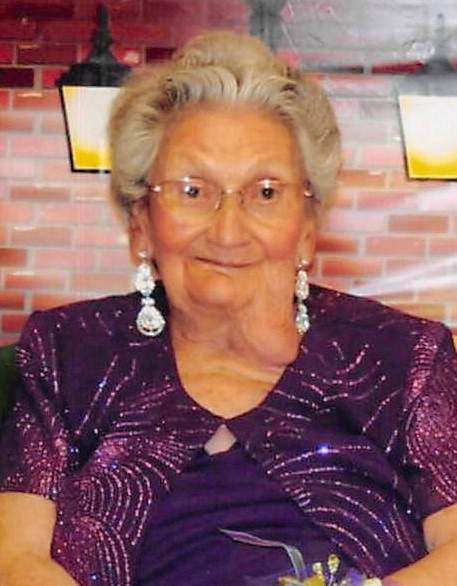 Born on September 19, 1918, in Casey County, Kentucky, she was a daughter of the late Robert Tyler and Anna Terry Cain. Hazel was a homemaker. She was of the Methodist faith. She enjoyed flowers and was an avid UK basketball and Tiger Woods fan.

The funeral service will be held at 12:00 P.M. on Friday, April 2, 2021, at McKinney-Brown Funeral Home with Bro. Cameron Cain officiating. Burial will follow in Lakeside Memorial Gardens in Somerset.

The family will receive friends from 5:00 P.M. to 8:00 P.M. on Thursday, April 1, 2021, at McKinney-Brown Funeral Home. Social distancing guidelines must be followed by everyone in attendance.  Facial coverings ARE required.

Memorial contributions may take the form of donations to the American Cancer Society In Memory of Hazel Cain at PO Box 22478, Oklahoma City, OK 73123.