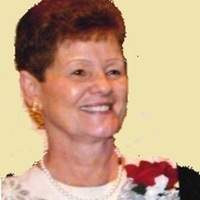 Gloria Jean Roberts, age 78, of Somerset, passed from this life on Friday, February 19 at the Lake Cumberland Regional Hospital after an extended illness.

She was born on March 29, 1942 in Memphis, Tennessee, daughter of the late Andrew Crosby and Eleanor Dugan Crosby.   Gloria was a retired Secretary for the Cumberland Medical Lab in Somerset.  Gloria was of the Catholic Faith and a member of the St. Mildred’s Catholic Church.  She enjoyed spending time with her family, especially her grandchildren and friends.  She will be sadly missed by those who knew and loved her.

Besides her parents, she is preceded in death by a sister; Beth Watts and a daughter-in-law; Whitney Roberts.

Visitation will be from 11:00 am until 1:00 pm on Wednesday, February 24, 2021 in the Chapel at St. Mildred’s Catholic Church.  The Funeral Mass will be at 1:00 pm with Father Jay VonHandorf officiating.

In lieu of flowers, contributions are suggested by the family to the Sister Marty Conrad Outreach Center, 200 South Central Ave, Somerset, Kentucky  42501.