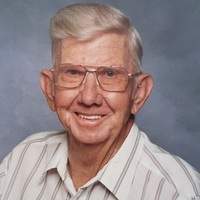 Garland Compton, age 93, of Vallonia, IN, passed away on Thursday, December 02, 2021 at Hoosier Christian Village in Brownstown, IN.

Garland was born on February 12, 1928 in Ware, KY to the late Jason Compton and Ella Ball Compton.   He was a Press operator at Firestone Tires. After retirement, he moved back to Kentucky and started farming.

He is survived by three sons, Charles James (and Patricia) Compton of Vallonia, IN, Lonnie Lee Compton of Nobelsville, IN and Mark Allen Compton of IL; one sister, Jeannette Lewis of Somerset, KY; seven grandchildren; and several great grandchildren.

Along with his parents he was preceded in death by his first wife and mother of his children, Lela Doris Godby Compton; his second wife, Mildred Shelton Compton; one brother, Hulin Compton; and one sister, Latrieve Campbell.

His funeral service will follow on Monday, December 6, 2021 at 1:00pm at the Chapel of Lake Cumberland Funeral Home with Bro. Randy Wiles officiating.  Burial will be at Lakeside Memorial Gardens.