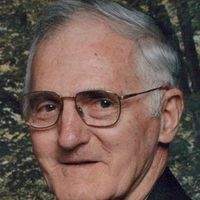 Franklin John Thompson son of the late William and Lena Thompson, was born at Meadow Creek, Ky on June 12, 1930 and he departed this life on Wednesday, December 4, 2019 having attained the age of 89. He was united in marriage for 58 years to the late Mrs. Minnie D. Thompson. Other survivors include; 3 daughters, Patricia (and Bruce) Fagan of Nashville, TN, Pamela (and Chris) Scott of Nashville, TN and Paula (and Kevin) Kennedy of Somerset, KY; two sons, Frank Thompson, Jennifer Jeffries of Hartselle, AL, and Rodger Thompson of Port Charlotte, FL; one brother Bob (and Donna) of Monticello, KY; three grand-daughters, Laura Scott, Sarah Moore, and Kayla Thompson, two great grand-daughters; Kendall Moore and Kara Phillips. Frank served in the US Army in the Korean War. He was a DAV member of the Science Hill Chapter 162. He enjoyed gardening, being outdoors, traveling, his pets, and most of all being with his family. He will be greatly missed by all who knew and loved him and he leaves a host of relatives and friends who mourn his passing. Funeral services will be held at 5:00 p.m. on Saturday December 7, 2019 at the Chapel of Pulaski Funeral Home. Bro. Eddie West will be officiating. Burial will be Monday December 9, 2019 at 11:00 at Lakeside Memorial Gardens with military honors conducted by the American Legion Post # 38. The family of Franklin Thompson will receive friends at Pulaski Funeral Home at 3:00 p.m. until time for services. In lieu of flowers the family request expressions of sympathy be made to Gideon Bibles. Pulaski Funeral Home is honored to be in charge of all arrangements for Franklin John Thompson.