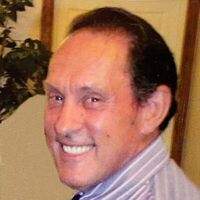 Ernest was born on July 8, 1940 in Somerset, KY., to the late George Thomas Warren and Maggie Artie Hall Warren. He was a minister for over 40 years and pastored several churches in Pulaski County.

Along with his parents, he was preceded in death by his first wife and the mother of his children, Anna Marie Harper Warren, who preceded him on February 17, 2010; a son, Seth Warren, and he preceded him in 1983; four brothers, William Warren, Thomas Warren, Willard Warren, and James Warren and six sisters, Viola Mink, Catherine Bullock, Helen White, Virginia Mae Warren, Joyce Lee Warren, and Anna Warren.

His funeral service will be held on Tuesday, May 18, 2021 at 11:00am at the Chapel of Lake Cumberland Funeral Home with Bro. David Harmon and Bro. Darry Hatfield officiating. Burial will be at Lakeside Memorial Gardens.

The family requests that expressions of sympathy be made to Hospice of Lake Cumberland or the Gideon Bible Memorial Fund.

You are welcome to view the obituary and send condolences to the family at our website: www.LakeCumberlandFuneralService.com.

Lake Cumberland Funeral Home is entrusted with the arrangements for Bro. Ernest Warren.