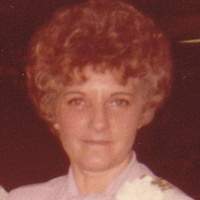 She was born November 5, 1931 in Frankfort, the daughter of William and Stella Blevins Roark.

Dottie was on the "Sweeper Gang" at Delco Remy for 30 years before retiring in March of 1982. She was a member of both United Auto Workers 662 and 663.

She loved pets. Upon her retirement, Dottie resided at Lake Cumberland, in Jabez, where she enjoyed a wonderful life.

She was preceded in death by her parents; her husband, Herman Moore, who died in 1992; and her brother, Reese Blevins.

Dottie's family would like to extend a special thank you to the staff at Providence.

Visitation will be from 6 to 8 p.m. on Thursday, November 1, 2018, at Rozelle-Johnson Funeral Service, in Anderson.

Contributions in her memory may be given to Madison County Humane Society, 2219 Crystal Street, Anderson, Indiana, 46012.

Services will be held at 11:00 a.m. on Saturday, November 3, 2018 at Nancy Funeral Home, with Bro. Jason Moore officiating. A visitation will be held from 9:00 a.m. until time for services.