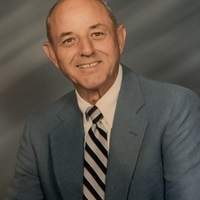 Don was born on January 16, 1940 in Cedar Crest, KY. He graduated from Nancy High School and shortly thereafter entered the United State Armed Forces where he was trained as a projectionist and mechanic at Ft. Hood, TX. He was married to Murial Correll Morrow for more than 50 years. He retired from the Delco Division of the General Motors Corporation. Don was a member of Beacon Hill Baptist Church in Somerset, KY. He loved fishing and spending time with his family. Don endured disabling illness and passed away in Hospice Care at his daughter’s home in Fayetteville, GA.

He was preceded in death by his parents Joe Morrow and Sally Coomer Morrow of Jebez, and two sisters Maxine Davis of Jebez, KY and Betty Morrow Roberts of Indiana.

Visitation will be held at the Morris & Hislope Funeral Home in Science Hill, KY on Friday
June 3 at 11 a.m.

The home-going service will be officiated by Dr. Randy Wood in the chapel of Morris & Hislope Funeral Home beginning at 1 p.m.

Military Honors will be conducted by American Legion Post # 38.