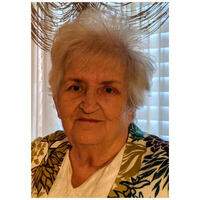 Delores M. Ping, age 77, of Somerset, KY, passed away on Thursday, September 3, 2020 at her home surrounded by her loving family.

Delores was born on August 16, 1943 in Somerset, KY to the late Willie Ping and Nora Colyer Ping.  She enjoyed working in her flowers and watching UK Basketball.  Delores was of the Baptist faith.

Her funeral service will be held on Tuesday, September 8, 2020 at 11:00am at the Chapel of Lake Cumberland Funeral Home with Bro. Scotty Nix officiating.  Burial will be at Lakeside Memorial Gardens.

The family requests that expressions of sympathy be made in her memory to Hospice of Lake Cumberland or the Pulaski County Alzheimer’s Center.

Lake Cumberland Funeral Home is entrusted with the arrangements for Delores Ping.