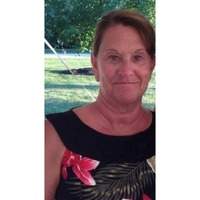 Deidre was born September 28, 1961 in Louisville, KY to the late Owen Hare and Judy Denise Davenport Hare.   She was a member of Huffaker Assembly of God where she was very active in her church.  Deidre loved spending time with her family and enjoyed taking her granddaughters shopping.  She also enjoyed going to the beach.

She is survived by her husband, Jerry Duke of Somerset; one son, Kristopher Wayne (and Kristen) Gibson of Somerset; one daughter, Chasity Nicole (and Jody) Meece of Somerset; three brothers, Joe Davenport, Jerry (and Darlene) Davenport and Ronnie Hare; two sisters, Tresa (Perry) Allen and Connie Goff New; four grandchildren, Kannon Tucker, Brady Gibson, Ella Kate Gibson and Sophia Jane Gibson; and Peyton Phillippi and Elise Flynn who were like her own grandchildren; and Fannie Stacy who was like a mother to her.

Along with her parents she was preceded in death by one sister, June Jones.

Due to COVID-19 guidelines, a private funeral service will be held at the chapel of Lake Cumberland Funeral Home with Bro. Chuck Elam officiating.  Burial will be at Lakeside Memorial Gardens.