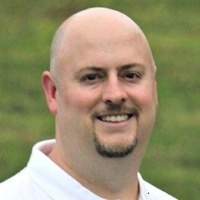 Mr. David Sexton, son of the late Charles and Nell Wallace Sexton, was born on Friday, May 30, 1975 and he departed this life on Thursday, October 26, 2017 having attained the age of 42 years.
He was united in marriage to Kim Brady Sexton on September 7, 2013, she survives.

David was the owner of Sexton Motors. He was an avid "foodie" he enjoyed eating good food, flipping houses, and working with and selling cars. He attended the Maranatha Baptist Church and was a kind person who will be greatly missed by all who knew him. He leaves a host of relatives and friends who mourn his passing.

A funeral service for David Sexton will be held at 1:00 p.m. Tuesday, October 31, 2017 at the Chapel of the Pulaski Funeral Home with Bro. Stephen Griffis officiating. Burial will follow in the Lakeside Memorial Gardens.