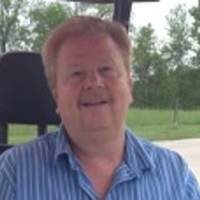 Clinton Ray Bray, 63, of Somerset, Kentucky, passed from this life on Friday, January 29, 2021, at the University of Kentucky Hospital in Lexington, Kentucky.

He was born October 29th, 1957, in Cincinnati, Ohio, the son of Ernest and Emma (Baugh) Bray. Clinton Bray retired with over 35 years from General Electric in Somerset, where he served in a variety of positions: Union President, Chief Union Steward, and Maintenance Department. Prior to working at GE, Clinton worked alongside his dad on the farm and at Bray’s Aluminum Siding. He loved spending time with family and friends, especially precious moments with his four grandchildren as “Papa”. He was a Musician (trumpet), Sunday School Teacher, Pastor’s Council Member, and served in multiple other roles as an active member at Community Harvest Church of God. Clinton obtained an Electrical License and was known as a “jack-of-all-trades” for anyone that needed him.

Preceding him in death; his father, Ernest Herman Bray; brother-in-law Timothy John Hershberger Hicks; and a host of family and friends.

His Celebration of Life Service will be held on Wednesday, February 3rd, 2021 at 11:00 AM at Community Harvest of God (200 Empire Dr Somerset, KY) with Rev. Larry B. Perkins officiating.

Interment will be in Lakeside Memorial Gardens on West Highway 80 in Somerset, KY.

In lieu of flowers, the family requests that expressions of sympathy be made to the Smoky Mountain Children’s Home, 449 McCain Circle, Sevierville, TN 37862-9912, in memory of Clinton R. Bray.