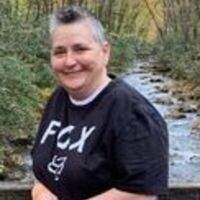 She is preceded in death by her grandfather; Robert "Bob" Gumm; Grandmother, Thelma Mae Wright; and uncle Steve Wright.

Funeral services will be held on Friday, April 2, at 2:00 PM at the chapel of Pulaski Funeral Home.

The family will receive friends after 12:00 PM Friday, April 2, at 2:00 PM at the chapel of Pulaski Funeral Home.