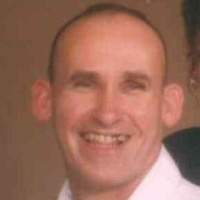 Charles Andrew Henderson, age 69, of Somerset, passed away on Friday, November 30, 2018, at home.
Charles was born in Portsmouth, Ohio, on July 5, 1949, one of twelve children born to Charles Andrew and Pauline Louise Holberg Henderson. He married Judith Gail Phelps Henderson in Dayton, Ohio, on April 10, 1971. Two children were born to their union. He was a veteran of the United States Navy and a retired veteran of the Nation Guard, having served in Operation Desert Storm. Charles was retired from the Tecumseh Products Company, in Ferguson.
He is survived by his children, Charissa Gayle Bullock (Tracy), of Somerset, and Vincent Andrew Henderson, of Science Hill; his brothers, James Vincent Henderson, of Ohio, William Benjamin Henderson, of Kentucky, Richard Lee Henderson, of Ohio, Ronald D. Henderson, of Florida, Donald G. Henderson, of Texas; his sisters, Cheryl Ann Ackles, of Ohio, Sandra D. Henderson, of Kentucky, and Catherine Lynn Roe, of Ohio; and his grandchildren, Keaston Dale Bullock, Maverik Konner Bullock, Gavin Lee Bullock and EmmaLee K.G. Bullock.  Preceding Charles in death are his parents; his wife, Judith; and his sisters, Charlene Henderson Ward and Pauline Louise Scaff.
A Celebration of the Life of Charles Andrew Henderson will be held on Tuesday, December 4, 2018, at 1:00 p.m., in the chapel of Somerset Undertaking Company.
Visitation will be held Tuesday, after 11:00 a.m., in the funeral home chapel.
Interment will be in Lakeside Memorial Gardens, with Military Honors conducted by the American Legion Post #38 Honor Guard and the Fort Campbell Military Funeral Detail.