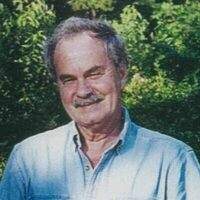 Carl was born on April 3, 1939 to the late Henry Dee Peters and Sophia Lee Allen Peters. He retired as a processor from Avon Corporation in Springdale, OH in 1994. He was of Baptist faith.  He enjoyed cars and car racing. Also he loved reading books.  He loved getting on his four wheeler and going up his mountain. Carl loved his family; he was a loving husband, father and grandfather.  He enjoyed spending time with them and especially his granddaughters.

He is survived by his wife, Inez Johnson Peters of sixty years, of whom he married on October 1, 1960 in Hamilton, OH; a son, Carl Brian and Laurel Taylor Peters of Somerset, KY; his grandchildren, Hannah Peters, Heather Peters, and Holly Peters, all of Somerset, and Koryn Kaye Rittel of St. Petersburg, FL; and a sister, Janet (and Ernie) Wethington of Williamsburg, OH.

Along with his parents, Henry and Sophia Peters, he was preceded in death by a son, David Peters; two sisters, June Durham and Bobbie Jewell Oaks; and three brothers, Donald Dee Peters, Deal “Teed” Sanderson Peters, and James Neal Peters.

His funeral will follow on Thursday at 1:00pm at the Chapel of Lake Cumberland Funeral Home with Bro. Johnny Johnson officiating. Burial will be at Lakeside Memorial Garden