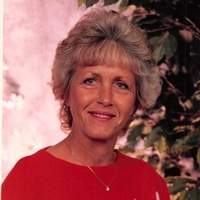 Bonnie Stahl, 64, of Somerset, Kentucky passed away on Tuesday, October 24, 2017 at St. Joseph Hospital in Lexington.

She was born in Dayton, OH on February 20, 1953; daughter of the late James and Sally Bellomy. She was a retired nurse. Sally enjoyed fishing and painting, and had a love for her animals. She and Ross, were founders of Star Cruisers Motorcycles.

She is survived by her husband, Ross Stahl whom she married on January 3, 1998; her children, Robert & (Miriam) Cline of CA, Angela Loveless of Somerset, Johnathan Daulton and Dustin & (Brandi) Daulton both of Nancy; Ross Stahl of OH, Freda Nelson of MI, and Anita Duggins of Somerset; one brother, Scott Bellomy; twenty two grandchildren with one expected soon; and fifteen great-grandchildren.

She was preceded in death by her parents; a brother, Terry Bellomy; and a sister, Cindy Bellomy.

A funeral service will be held at 1 PM on Thursday, November 2, 2017 at the chapel of Pulaski Funeral Home with Bro. Damon Jones officiating.

Entombment will be at Lakeside Memorial Gardens.

Visitation for Mrs. Bonnie Stahl will be after 11 AM Thursday, November 2, 2017 at Pulaski Funeral Home.

Pulaski Funeral Home is in charge of arrangements.