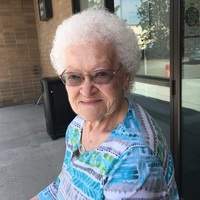 Bennie, age 83, of Indianapolis, was born in Ferguson, Kentucky, to the late Sanford P. and Edna G. Hamilton.  She was the first of five sisters to pass away, preceded only by her brother, Parker.  Bennie was married to Carroll L. Newell on June 5, 1954, who passed on September 14, 2015.

Funeral Services will follow the visitation at 12 noon at Lakeside Memorial Mausoleum.