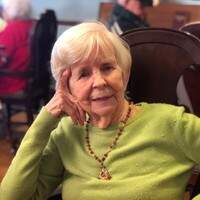 Barbara Sue Waddle Hall, 85, of Somerset lost her battle with Alzheimer’s on February 6, 2022.

She was born on April 23, 1936 in Somerset, KY to the late Henry Piercy Waddle and Mable Ballard Waddle. She was a graduate of Somerset High School and attended Cumberland College.

Barbara worked for the Somerset Board of Education, STAT Resources, and Somerset Undertaking. Her creativity was evident through all aspects of her life whether it was at work or volunteering at church or a nursing home. She loved to write poems/stories and learned to paint in her life.

Visitation will be from 10:00 am until 1:00 pm on Thursday, February 10, 2022 in the chapel of Somerset Undertaking Company. A Celebration of Life Service will be held at 1:00 pm in the Funeral Home Chapel with Bro. Mike Stacey officiating. Interment will be in the Lakeside Memorial Gardens.

Expressions of sympathy can be made to Alzheimer’s Association 125 West University Drive Somerset, KY 42501 or Hospice of Lake Cumberland 100 Parkway Drive, Somerset, KY 42503. The family would like to thank all the caregivers who helped make Barbara’s life more enjoyable over the past several years.