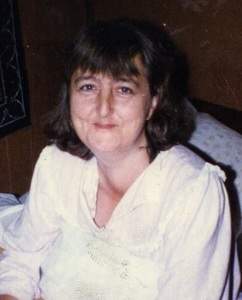 Anna J. Stephens, age 63 of Somerset passed from this life on Friday, January 20, 2017 at the Jean Waddle Hospice Center in Somerset.
Anna was born on September 1, 1953 in Indianapolis, Indiana to the late Inez Rhudy. She was a Nurse's Aide for a number of years.
Anna was of the Baptist Faith and enjoyed crocheting, playing farmville and working jigsaw puzzles.
She was preceded in death by her parents, and one son; Todd Rhudy.
Anna is survived by her sons; David (and Keela) Marcum, James Marcum and John Jackson all of Somerset, her daughter; Karen (and Joe) Smart of Whitley City, 16 grandchildren and 4 great-grandchildren.
Visitation will be Monday, January 23, 2017 at 6:00 O'clock p.m. at the chapel of Southern Oaks Funeral Home.
Funeral services will be Tuesday, January 24, 2017 at 11:00 O'clock a.m. in the chapel of Southern Oaks Funeral Home with Bro. David Muse officiating. Interment and graveside services will be in the chapel at Lakeside Memorial Gardens in Somerset.
Southern Oaks Funeral Home is in charge of arrangements.